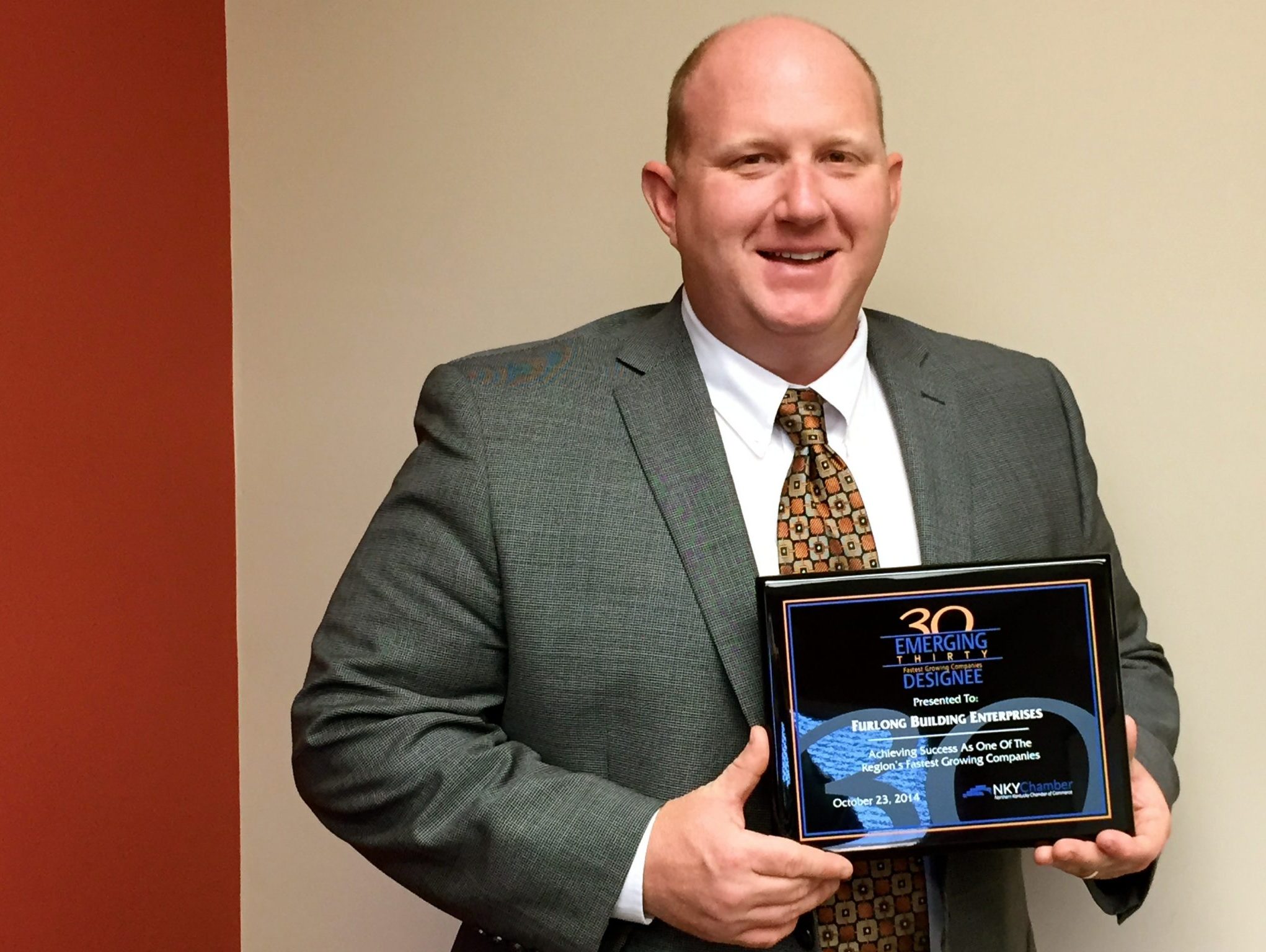 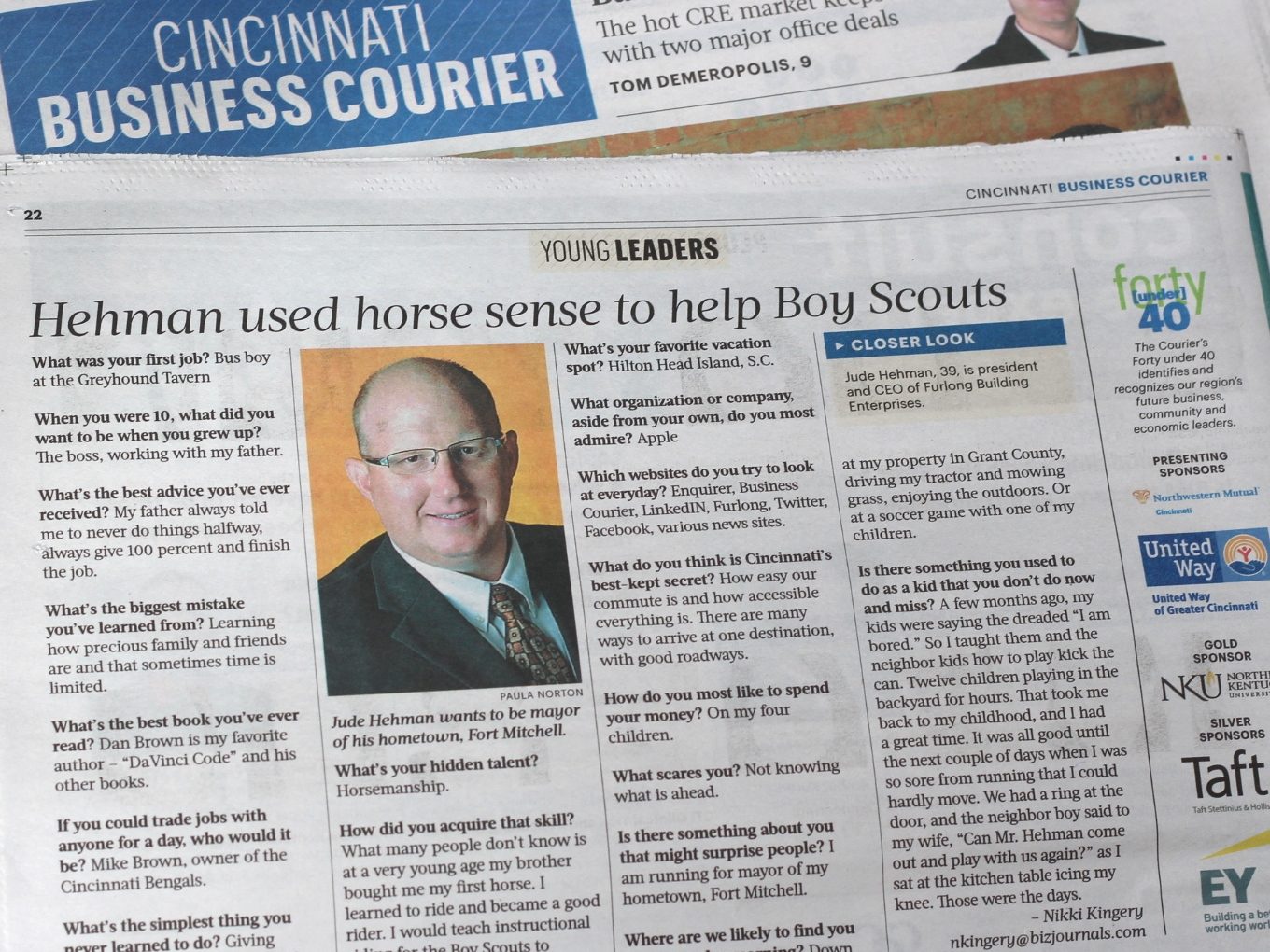 During the height of a recession in 2010, Furlong President and CEO, Jude Hehman, teamed up with Pete Nicolaou to start his own design/build construction firm. An innovative leader, Jude worked with a team of advisors to build and grow his company into an award-winning organization that has been named to Cincinnati’s Fast 55 list of the area’s fastest growing companies five times.

Furlong is not a typical construction firm. Under Jude Hehman’s leadership, the company brings a level of professionalism and enthusiasm for the customer to the industry.  Utilizing a unique project proposal and competitive price points, Furlong has steadily built upon their customer base. The company has grown consistently since its founding with many repeat customers returning to Furlong time and time again.

Jude Hehman has a history of community service when he became the youngest member elected to the City of Ft. Mitchell KY City Council at age 21. He was elected in 2014 as mayor of his hometown. He was a board overseer on a facility expansion for Redwood Rehabilitation Center and serves as Chairman of the Kenton County Mayor’s Group. Jude also serves on the Executive Board of OKI and the Kentucky League of Cities Board of Directors. Jude Hehman was named to the 2013 Business Courier’s Forty Under 40 List of young business and community leaders.