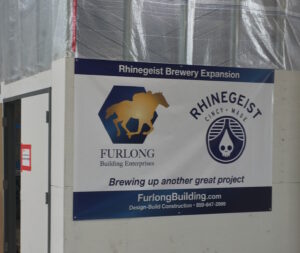 Wilder, KY–Furlong Building Enterprises, LLC, a commercial and industrial construction firm is celebrating its fifth anniversary this month at Rhinegeist Brewery in Over-the-Rhine where they have a major expansion and renovation project underway for the company. Founded by Jude Hehman and Pete Nicolaou in April 2010, Furlong began their design/build construction firm at the height of the economic recession. The company has grown to eleven employees and has gone from less than $2 million in revenue in its first year to just under $9 million in 2014. The company is continuing to grow and expand; now working in five states.

“It has been an exhilarating five years of growth and diversifying our business,” said Furlong CEO Jude Hehman. “We are grateful for the companies who took a chance on us and gave us the opportunity to prove ourselves and build our team of professionals. We are all committed to first class service for our customers and know that our success is based upon the quality of the individuals on our team.”

The company has been recognized for its business model and explosive growth, despite less than opportune economic conditions in the early few years. Furlong was named to the Northern Kentucky Chamber of Commerce Emerging 30 list in 2014, received the Cincy Business Tri-State Success Award in 2012 and 2013 and was just named for the second time to the Cincinnati Business Courier’s Fast 55 list of fastest growing private companies. 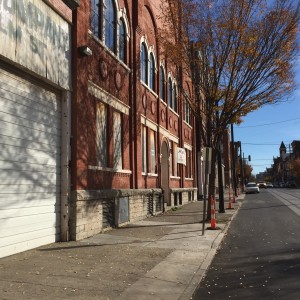 Furlong chose to host their anniversary customer event at Rhinegeist Brewery, one of their new projects that is currently under construction. Rhinegeist is a $10 million project includes building a new brewhouse, private event space, and a roofdeck that will be added to the 112,000 sq. ft. historic building. Rhinegist is a self-distributor/craft brewer based in Cincinnati and Northern Kentucky. The project is located just north of Findlay Market at 1910 Elm Street in Cincinnati (the original site of Christian Moerlein Brewery).

“We are proud of our relationship with Rhinegeist and wanted our customers and friends to see the great work we are completing for their expansion,” said Jude Hehman. “And there isn’t a better place to celebrate our success than at Rhinegeist’s brew house.”

Furlong specializes in design-build construction, additions and renovations for commercial, industrial, office, medical and retail projects. The company was awarded the Northern Kentucky Chamber of Commerce Emerging 30 award and received the Tri-State Success Award by Cincy Magazine two years in a row. In 2013 and again in 2015, the company was named to the Business Courier’s Fast 55 list of the region’s fastest growing companies. Services are provided throughout the Tri-State and Midwest Region including Ohio, Kentucky, Indiana, Michigan and Tennessee.