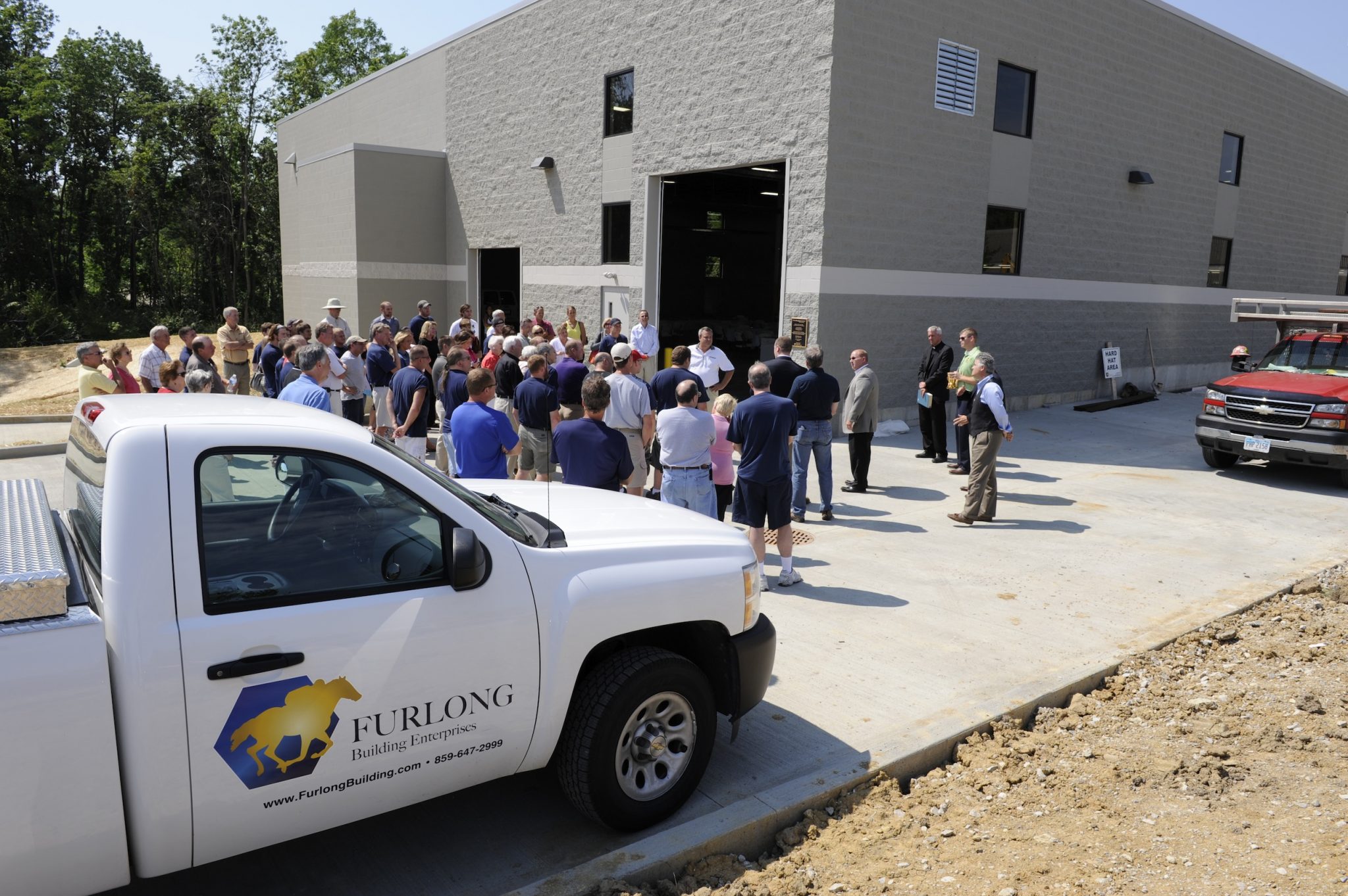 Florence, KY–Furlong Building Enterprises, LLC, a commercial and industrial construction firm, has completed a major expansion project for FN Sheppard & Company at the company’s Erlanger, KY headquarters.  The 16,000 sq. ft. expansion will house manufacturing and warehouse operations for the belting products manufacturer.  The company was founded by Fred Sheppard and after his sudden death in July 1971, James E. Reilly purchased the company.  Supporting James in the early years of taking over the company was his friend and colleague, Paul Hehman Sr. (father of Furlong CEO Jude Hehman) and several other individuals. For the past eight months, James Reilly’s sons Jim Jr. and Brian and Jude Hehman have been working together to plan and construct the expansion project, continuing the legacy that their fathers began four decades ago.

“Our fathers worked together nearly 40 years ago and I now have the privilege to work with the next generation of Reillys,” said Furlong Building Enterprises CEO Jude Hehman. Our working relationship has a special meaning knowing that we are building upon a valued relationship that began so many years ago by our fathers.”

FN Sheppard & Company has grown considerably since the early 70’s and now has third generation Reilly family members involved in the business and is operating in six states. “The expansion of our headquarters will allow us better functionality and efficiency,” said Vice President of Operations, Brian Reilly.

James Reilly continues to serve as leader-in-chief and at 85, has no plans to retire.  “The credit for our success goes to our employees, many of whom have worked here since the 1970’s and 80’s,” said James Reilly.  “We have good open communication; everyone knows their roles and goals and it works for us,” adds James Reilly.  Reflecting on the steady success of the company Reilly says: “We stay focused on the needs of customers, stay on top of changes in the industry and do not take many risks.” For more about FN Sheppard & Company, visit http://www.fnsheppard.com.

A building dedication ceremony followed by a company cookout was held on June 21, 2012 at 11 a.m. at FN Sheppard & Company at 1261 Jamike Drive, Erlanger, KY.